The following comics and graphic novels are scheduled to ship The Beguiling Books & Art on Wednesday, November 10th, 2010. All Prices listed in U.S. Funds. Variant prices are generally accurate to what we will be charging in store, but all disputes between prices will defer to the stickered, in-store price.

SEP100744 Elmer GN   12.95
A post-modern spin on Orwell’s Animal Farm; when Chickens gain sentience and begin to speak, humanity must make hard decisions about race, society, and… food. Totally unique and I’m expecting it to be awesome. 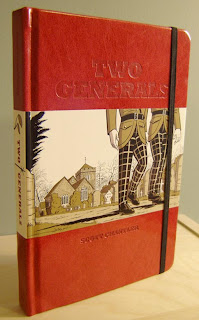