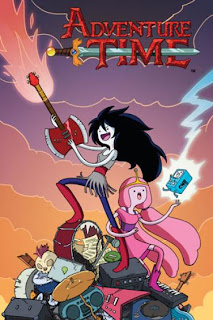 
Hey everyone! The Beguiling and Little Island Comics are teaming up to throw a kick-butt ADVENTURE TIME event on Wednesday, July 25th, and you’re all invited! There will be signings by the creators of the ADVENTURE TIME comics, kids costume contests, and more! It’s gonna be mathematical… TO THE MATH!

From New York City, it’s MEREDITH GRAN, writer and artist of the brand new mini-series ADVENTURE TIME: MARCELINE AND THE SCREAM QUEENS, as well as her own awesome series Octopus Pie! MARCELINE #1 ships to comic stores on Wednesday July 11th, and we’ll have copies of the issue available for sale that day and every day up to the event itself!

From here in Toronto, it’s RYAN NORTH, writer of the ongoing ADVENTURE TIME WITH FINN AND JAKE comic book series, as well as one of our favourite web comics, Dinosaur Comics! ADVENTURE TIME #6 comes out on Wednesday July 25th, and we’ll have that and the first 5 issues of Adventure Time available for sale at the event!

Just Added: Everyone say hello to MICHAEL DEFORGE, who’ll be joining us at 6pm! Michael is a talented comic making dude, and also works as a storyboarder on the Adventure Time animated series! He did the kick-butt BREAKFAST PRINCESS story in Adventure Time #3! He will signin your comics! 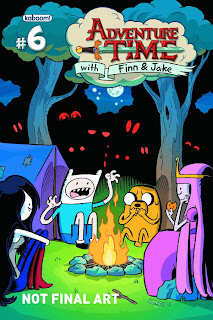 1PM-3PM: LITTLE ISLAND COMICS!
Just for kids (and their parents), Meredith and Ryan will be signing copies of Adventure Time for younger fans, at Little Island Comics, 742 Bathurst Street, just south of Bloor. The staff of Little Island will have Adventure Time-themed crafts and activities! Ryan and Meredith might even lead some of the activities! It’s going to be super fun!

There will be an Adventure Time Costume Contest for Kids, too, at 1PM sharp! Kids are encouraged to show up dressed in costume from Adventure Time, and prizes will be awarded to all participants! Yay!

6PM-6:45PM: The Central
How To Make Adventure Time Comics is the name of a short presentation that Meredith and Ryan will give on stage at The Central, 603 Markham Street, just next to The Beguiling. They’ll take questions from the audience! It’ll be fun!

7PM: Costume Contest for Grown-ups in front of The Beguiling!
Do you have a burning passion to be dressed up as FINN or JAKE or LUMPY SPACE PRINCESS almost solely for the bragging rights of winning a contest? Then show up dressed as one of the characters from Adventure Time at 7PM, and Celebrity Guest Judges Meredith, Ryan, and Michael will pick the winner! (IF IT IS RAINING THE COSTUME CONTEST FOR GROWN-UPS IS CANCELLED. No space to do it inside the store, sorry!).