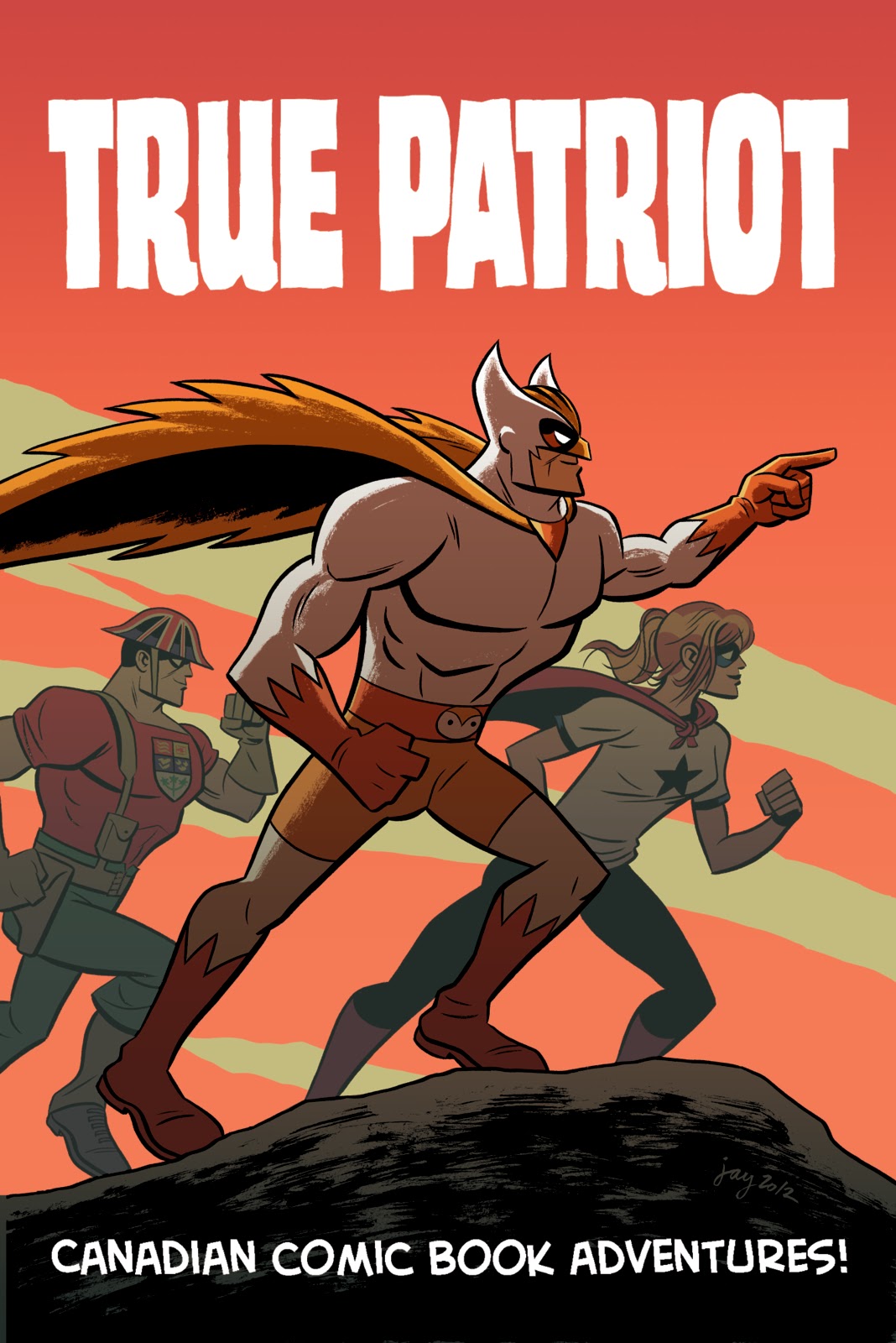 The Beguiling is very much anticipating the arrival of the True Patriot anthology! What is True Patriot? In their own words:

True Patriot is a comic book anthology featuring Canadian superheroes written and drawn by some of your favourite Canadian comic book creators. Most of us working on this project grew up reading Alpha Flight, Captain Canuck, or Wolverine comics and we’ve always thought that there should be more Canadian superheroes out there. So, we’re putting together a 100-page, full-colour anthology for your reading pleasure (and ours)!

Where can you get such an excitingly Canadian book? Well, if you’d like to support these creators directly, there is a way! Right now there are 3 days left on the True Patriot Indiegogo campaign, and they could certainly use your help in getting this book made. Head on over to their campaign page and check out their list of enticing donation incentives.

However, once the campaign is over and the book in printed, we’ll have plenty of copies available in-store at The Beguiling. We’ve got you covered.