Tickets go on sale today for the 2012 Shinsedai Cinema Festival at The Revue Cinema! An immaculately curated selection of important and engaging Japanese film, TCAF and The Beguiling are once again partnering with Shinsedai to present an exciting program. Tickets are on sale today, Thursday June 21st, so head over to http://www.shinsedai.ca/tickets to reserve yours!
—
Beyond Anime 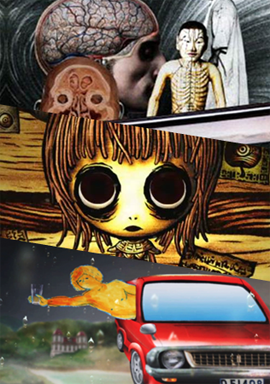 WHAT DO YOU THINK ABOUT WHEN YOU HEAR “JAPANESE” AND “ANIMATION” TOGETHER? “ANIME”? THINK AGAIN, AND GET READY TO HAVE YOUR MIND BLOWN!

There is a whole other universe of animation besides “anime” that is thriving in Japan; experimental visions wondrous and flights of fancy created by a whole new generation of talent. Beyond Anime: The Outer Limits, was originally curated by Jasper Sharp for the second annual Zipangu Fest in London and now comes to Toronto to astound audiences. From the psychedelic visual assault of Yoshihiro Haku and Sachiko Hiraoka to the gritty avant-garde work of Masahiro Osuka Beyond Anime will take adventurous audiences from the well trodden paths of anime to the farthest reaches of Japan’s animation landscape.

See a complete list of films in this program at http://www.shinsedai.ca/films/beyond-anime-the-outer-limits!