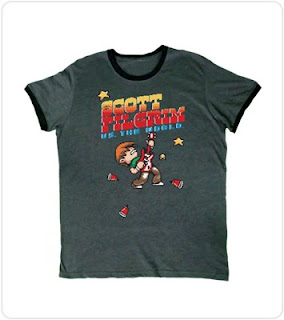 You like Scott Pilgrim, don’tcha? Well why not dress up as your favourite character from the graphic novels at our launch party tonight (event page | facebook page)?
The Beguiling will be holding a Costume Contest open to (almost) everyone, for the person best-dressed as a character from the Scott Pilgrim graphic novels! The winner of each category will get their choice of a special, pre-release Scott Pilgrim Vs. The World T-Shirt courtesy of Mighty Fine, OR one of the classic CBC logo t-shirts OR one of the Pixel-Skull Ringer T-Shirts that Michael Cera wears in the Scott Pilgrim movie! On top of that, the Grand-Prize winner will get an awesome Scott Pilgrim Prize-Pack courtesy of The Beguiling!
HOW TO ENTER:
Register at The Beguiling (601 Markham St) between 6pm and 10pm on the day of the event, July 19th. Then, show up at the contest event in front of 596 Markham Street at 10:30pm! 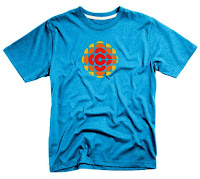 RULES:
1. The contest will occur at 10:30pm in front of 596 Markham St. This is the former-location of David Mirvish Books on Art.
2. All entrants have to register in one of the following 7 categories:
* Scott Pilgrim
* Ramona Flowers
* Knives Chau
* Wallace Wells
* Kim Pine
* Evil Ex (Any)
* Other Character
3. All of the registrants dressed up in their category will be called up on ‘stage’ at once for a round of applause! The Celebrity Judging Panel will pick their favourite and the runner-up and then the next category will be called up until they’re all done.
4. At the end, all of the category winners will be called up, and the grand-prize winner will be announced.
5. Employees/former employees of The Beguiling not eligible. People who had a character based on them in Scott Pilgrim are not eligible.
6. All judges decisions final. No purchase necessary. Void where prohibited. Etc.
—
About Our Sponsor!

MightyFine Clothing
http://www.welovefine.com/shop/SCOTT-PILGRIM/
Mighty Fine make all of the official T-Shirts for SCOTT PILGRIM VS. THE WORLD! They’ve graciously donated a ton of pre-release t-shirts for the winners and participants in our costume contest. Check out their website to purchase shirts now!
—