We’ve found a great selection of recent graphic novels signed by fantastic authors who’ve visited our shop in 2011! Great gifts, great gift ideas for others to get you! 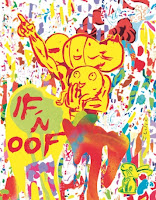 If ‘N’ Oof, by Brian Chippendale: We had an amazing event for Brian Chippendale and C.F. this year, and Brian left us a healthy (large) stack of his very healthy (very large) new graphic novel If ‘N’ Oof. That supply has dwindled to almost nothing, but we did find 5 copies that we have just put out. I’s a great book!

Lychee Light Club, by Usamaru Furuya: Out of the greatest tradition of the Grand Guigenol comes this book, a fairly depraved work that exists in its own world–where the uncontrolled id of children runs wild, violence and sadism are praised, and nothing is worse that growing old. It is not for everyone. But if you need a direct comparisson, in Japan, ero-grotesque author Suehiro Maruo did a tribute-piece for the Lychee Light Club series in Japan. Get it? Get it! Signed by Usamaru Furuya. 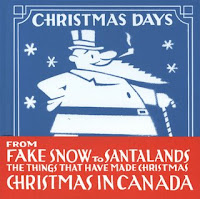 Christmas Days, by Derek McCormack with Illustrations by Seth: I’m not quite sure how this fantastic collection of Christmas traditions–Canadian and otherwise–hasn’t become an instant holiday classic alongside other contemporary bits of excellent like Sedaris’ Holidays On Ice, but let me help to rectify that: It’s lovely. Poking fun at both the cheap and the extravagant traditions, the dark, delerious, and even drunken origins of our holidays. Lavishly illustrated by Seth, and signed by both Seth and author Derek McCormack.

Infinite Kung Fu, by Kagan McLeod: The culmination of nearly a decade of Kung-Fu excellence from Kagan McLeod! Collecting the entire in-print saga and hundreds more pages, including tons of redrawn material. Weighing in at over 400 pages it is assuredly the perfect gift for someone on your list. Signed by Kagan McLeod.

Scott Pilgrim v6: Scott Pilgrim’s Finest Hour, by Bryan Lee O’Malley: What else is there to be said about Scott Pilgrim? It’s awesome. We know it, you know it, and maybe through a combination of loaned copies, reading copies, library visits, and downloads (legal and otherwise), you never got the series’ titanic conclusion? Or maybe you want a signed one instead? Or maybe someone else does? Either way, we’ve got signed copies, 1st printing!

Not Simple, House of Five Leaves v1, by Natsume Ono: We do love us some Natsume Ono here at The Beguiling, and when Ono-sensei was here in Toronto for TCAF, she was very kind and signed a number of copies of her work for us! NOT SIMPLE is her debut graphic novel, a stand-alone work about the unluckiest boy on earth and it is heartbreaking and sad and really pretty. HOUSE OF FIVE LEAVES is about a wandering Samurai who’s terrible at being Samurai, who is taken on as hired muscle by a gang of thieves… drama ensues. It’s great, trust me.  Signed by Natsume Ono.