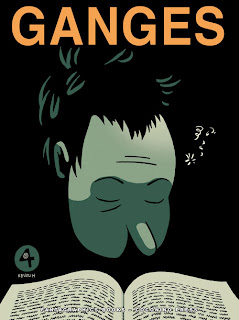 The following comics and graphic novels are scheduled to ship The Beguiling Books and Art on Wednesday October 19th, 2011. All Prices listed in U.S. Funds. Variant prices are generally accurate, but in any dispute between web price and in-store price we will defer to in-store price.

Please Note: Due to a shipping allocation, we are not getting our full order of Star Trek/Legion of Superheroes. I know, I know, but there’s nothing we can do, and we’ll hopefully get the rest of the copies next week. This affects all Canadian retailers for what it’s worth.

JUN111095 Ganges #4 7.95
Kevin Huizenga has blessed us all with another issue of Ganges, totally unexpected and entirely wonderful. Let’s not disappoint him. Issues 1-3 also available. 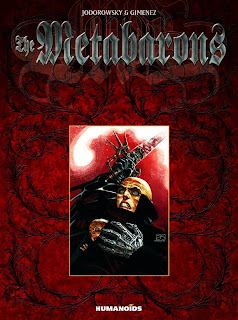 This is coming out. It is LIMITED and it is EXPENSIVE and you already know whether or not you want it, so consider this a public service announcement. Come get it Wednesday, we’re open until 9pm.

AUG111274 Yotsuba&! GN Vol 10 11.99
Hey, how about that? I totally forgot this one was coming out. A hilarious and charming manga series, as much fun for kids as adults.

JUL110278 Marzi TP 17.99
A very, very strange release for Vertigo in that it’s a European graphic novel, a non-fiction memoir, and it’s about growing up behind the iron curtain. Worth checking out.

Although the “bookstore” release was last week, comic stores get a crack at this gorgeous, wonderful collection of Nursery Rhymes this week. Featuring work from as diverse and unique talents as Jamie & Gilbert Hernandez, Kate Beaton, and Mike Mignola. Don’t miss it. 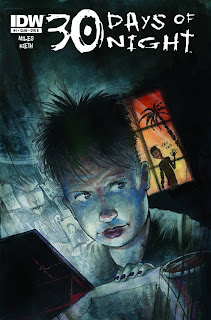 AUG110315 30 Days Of Night Ongoing #1 3.99
Other than DC’s new “I, Vampire” series there isn’t even one ongoing vampire comic right now. That’s a darned shame. At least until today. Might we invite you to join Steve Niles and Sam Keith on their new outing? Ongoing, no more weird mini-series numbering, and hey it’s Sam Keith on an ongoing book, that’s pretty cool.

JUL110296 Unwritten TP Vol 04 Leviathan 14.99
Day late and a dollar short, so far as our signing is concerned. But still totally worth getting. 🙂