The following comics and graphic novels are scheduled to ship The Beguiling Books & Art on Wednesday, December 1st, 2010. All Prices listed in U.S. Funds. Variant prices are generally accurate to what we will be charging in store, but all disputes between prices will defer to the stickered, in-store price.

Please note: We got in lots of new Viz manga as well this week. The complete list is at the bottom of this message.

SEP100406 Danny Husk: The Hollow Planet Gn 19.99
SCOTT. THOMPSON. Yes, that Scott Thompson, from Kids in the Hall. He’s written his first graphic novel, and it features his character Danny Husk. It’s hilarious, and I’m only a few pages in. Seriously, don’t miss it. 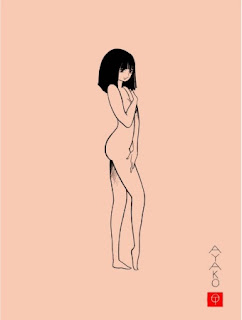 AUG101178 Tezuka Ayako GN 26.95 – Any other week and this would be the pick of the week, but the idea of Scott Thompson writing a KITH-related graphic novel kind of blew my mind a little bit, so… But as for this one, it’s a generational saga of abuse, neglect, and declining fortunes following World War II. It’s a massive 700page hardcover, one of Tezuka’s most mature works, and by all accounts a great, difficult read. Don’t miss it.