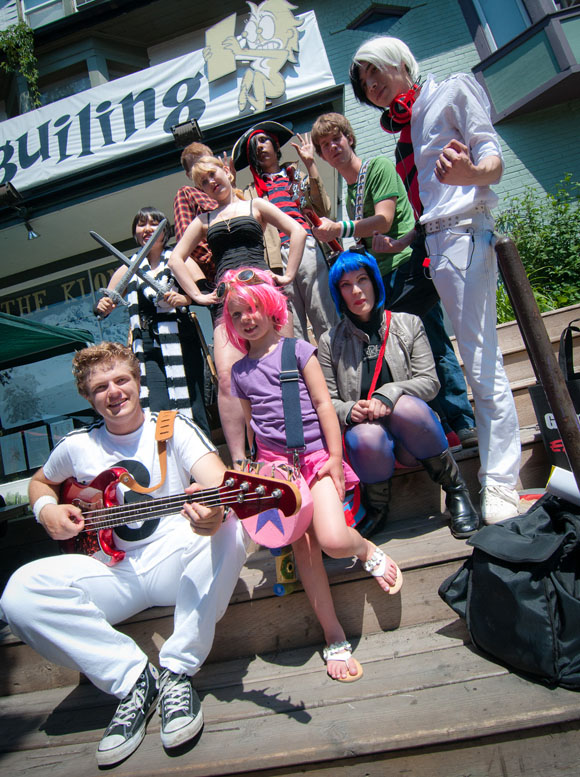 On Saturday July 9th, we hosted an awesome signing featuring Bryan Lee O’Malley, creator of Scott Pilgrim! Starting early and going late, we had over 400 Scott Pilgrim fans come to the store to get books signed and sketched, to dress up as their fav characters, and to check out a couple of cool musical sets at a great venue.

Photographer Paul Hillier was on hand to catch much of the action, and the amazing time that was had by everyone in attendance! All photos by Paul Hillier, hire him for your event! http://www.paulhillier.com/ 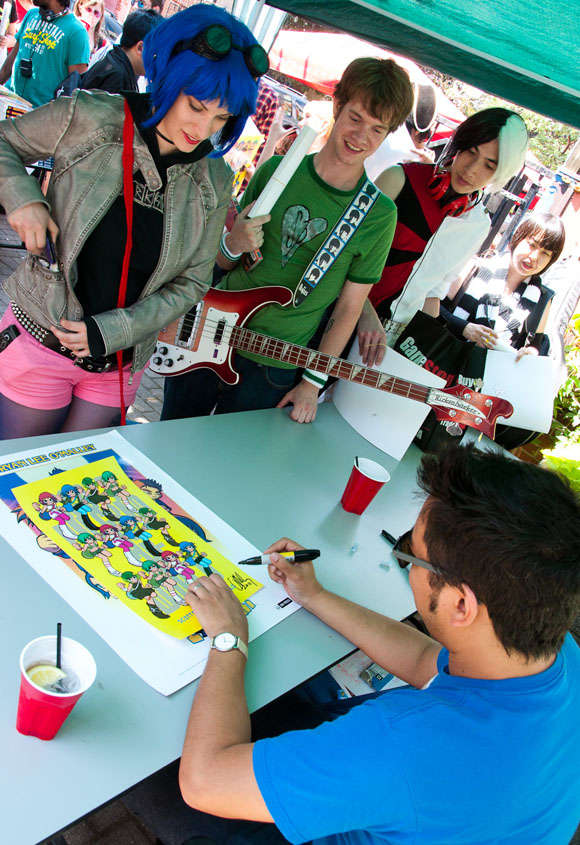 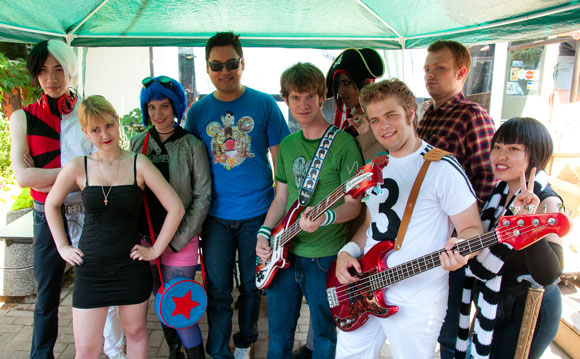 This is The Scott Pilgrim Cosplay Team of Toronto, and members of this crew were actually here as early as 8am to get a chance to meet Bryan! Awesome attention to detail on the costumes too. Check out their fan page at: http://www.facebook.com/spctot. Here we see Mr. O’Malley signing for and then posing with the crew.
No Wallace though? Shame. 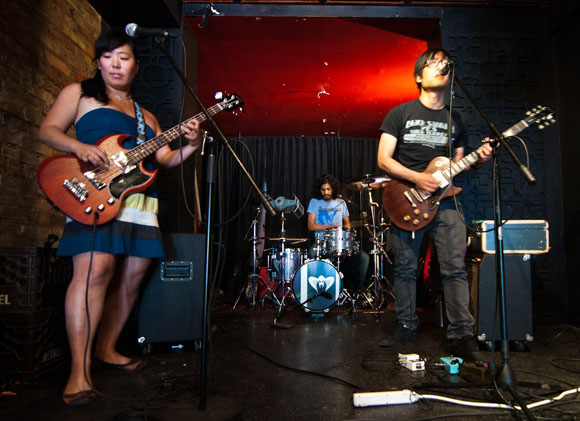 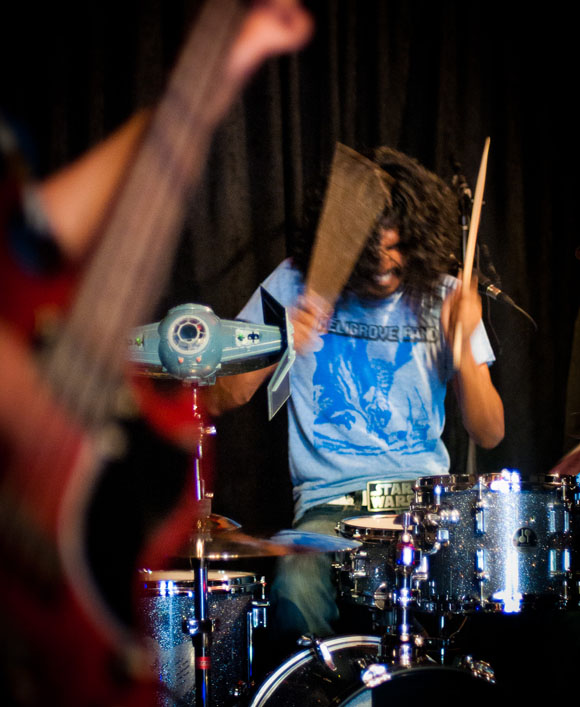 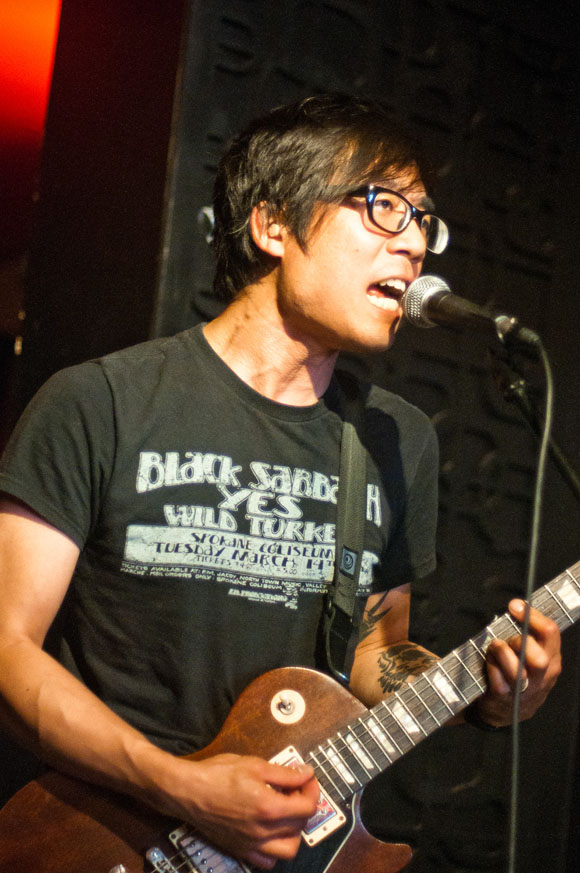 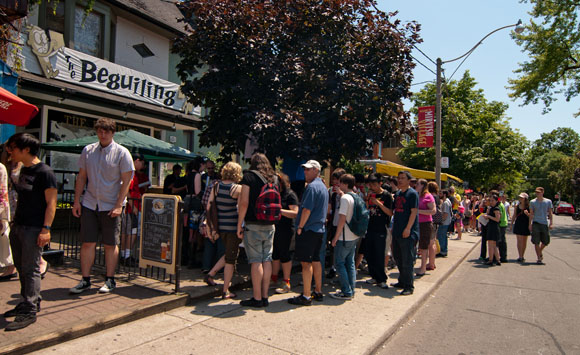 The lineup was pretty long, topping out at 200 at the busiest point, but it moved pretty quick and everyone was in great spirits! 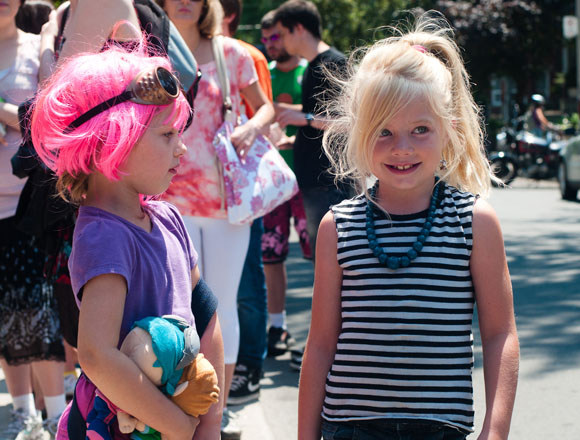 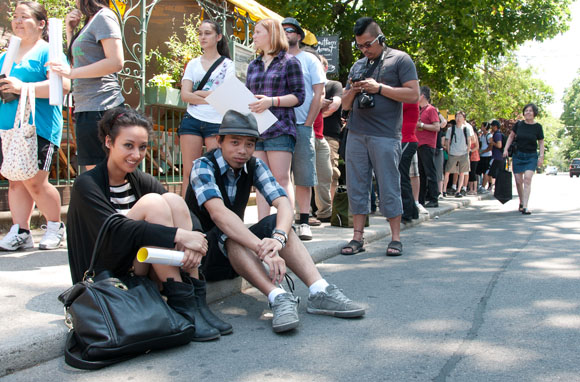 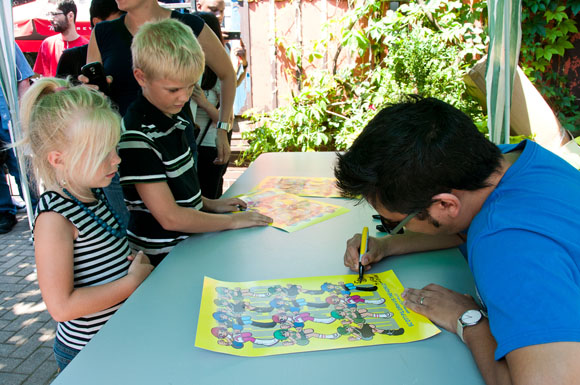 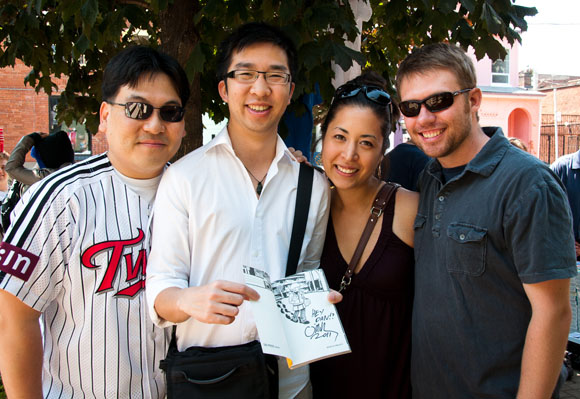 Friends and Family of the esteemed creator. 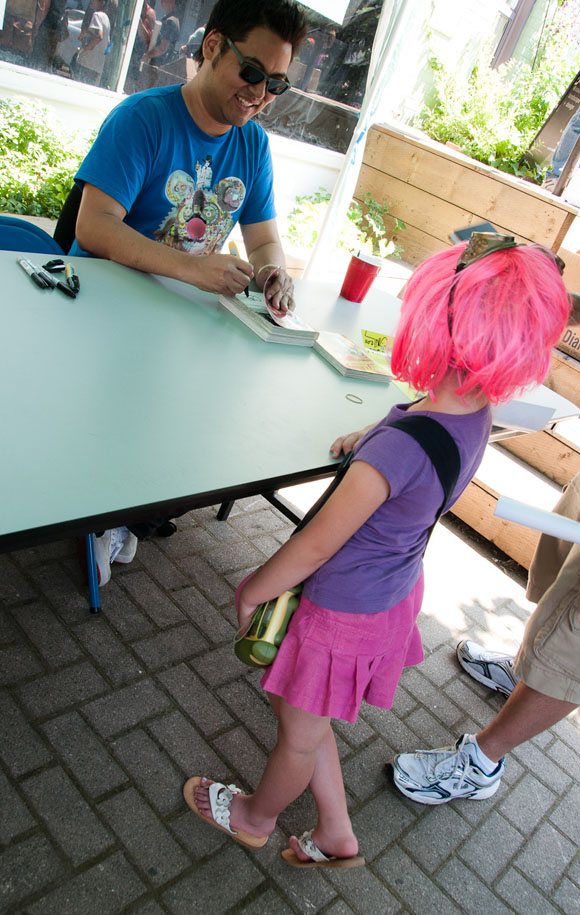 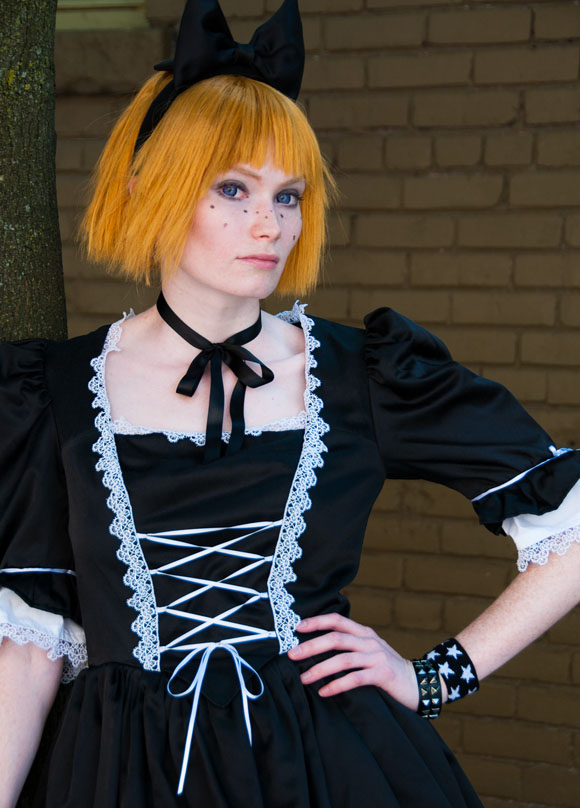 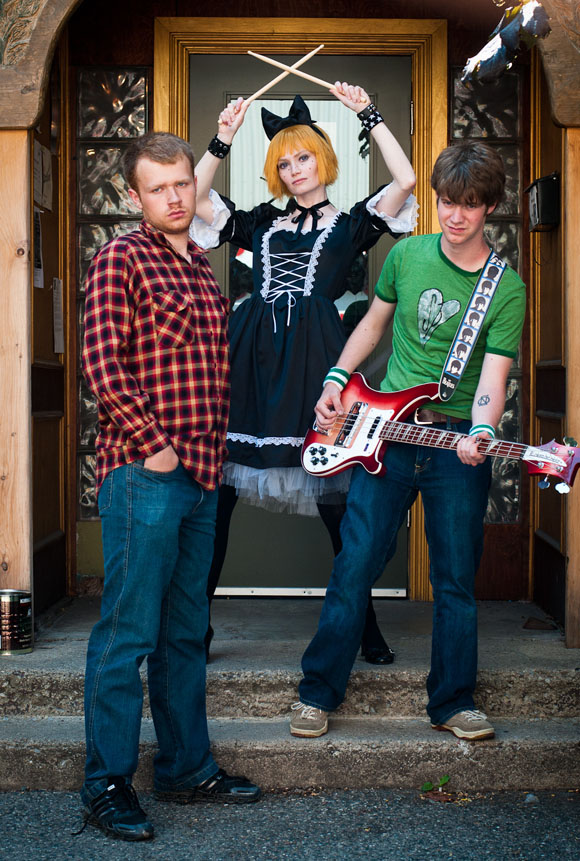 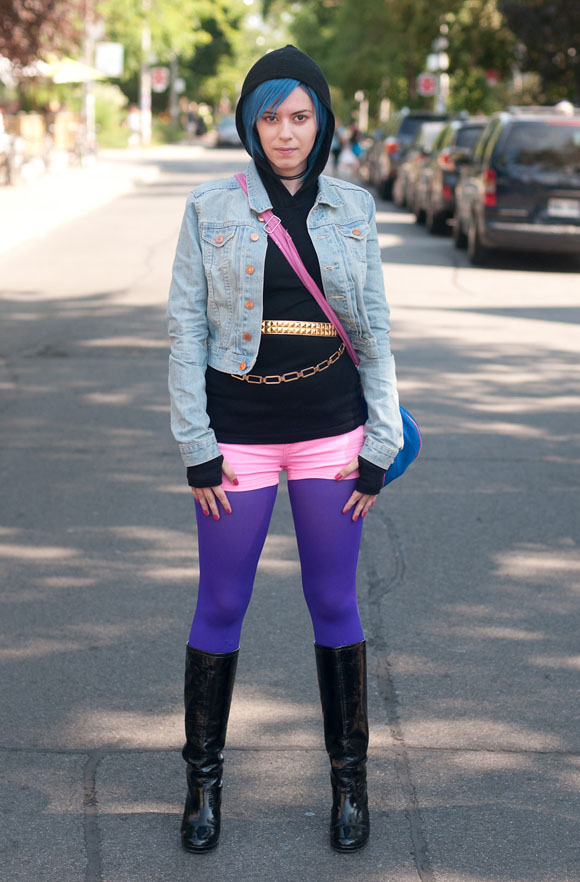 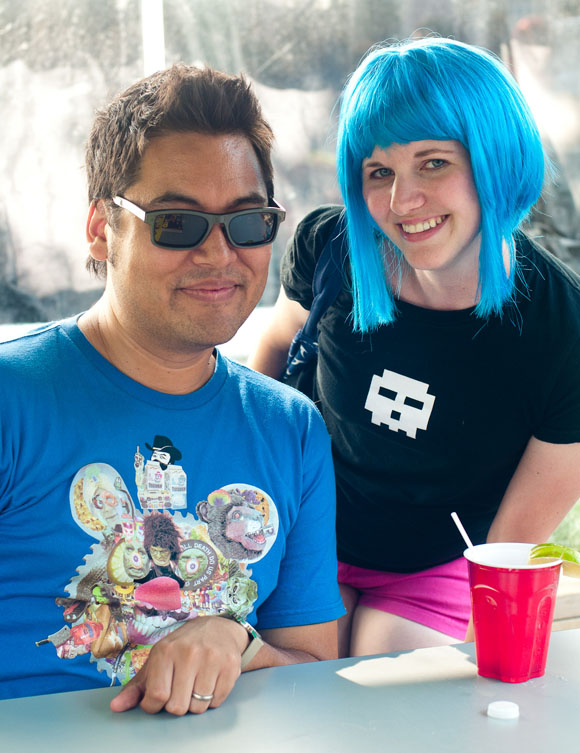 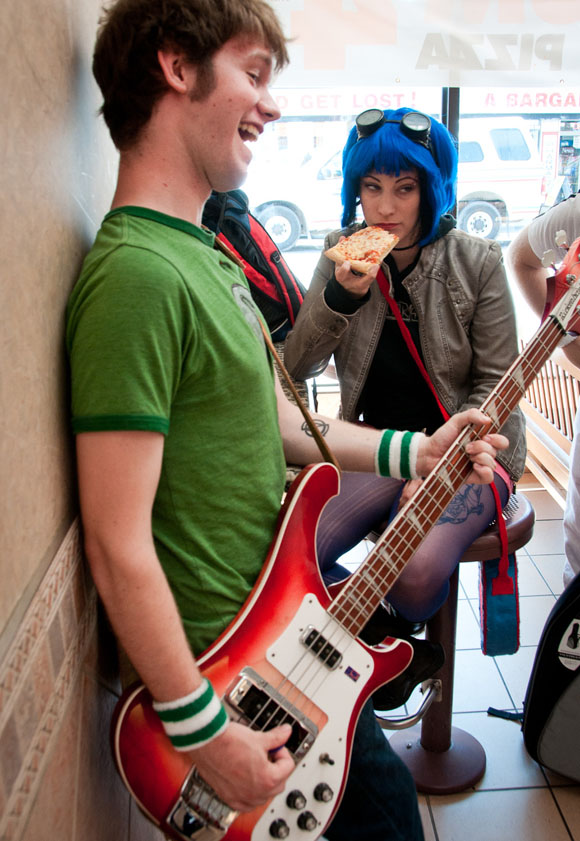 Our sincere thanks to Bryan Lee O’Malley for coming out and signing for four hours on a very warm July day.

Thanks also go out to Cobra for a kick-ass set, The Central for providing a venue and for all the free drinks (!) they gave to folks waiting in the hot afternoon sun, and to Paul Hillier for the awesome photos.

And of course, thanks to everyone who came out for the signing, it was totally fun times! 😀