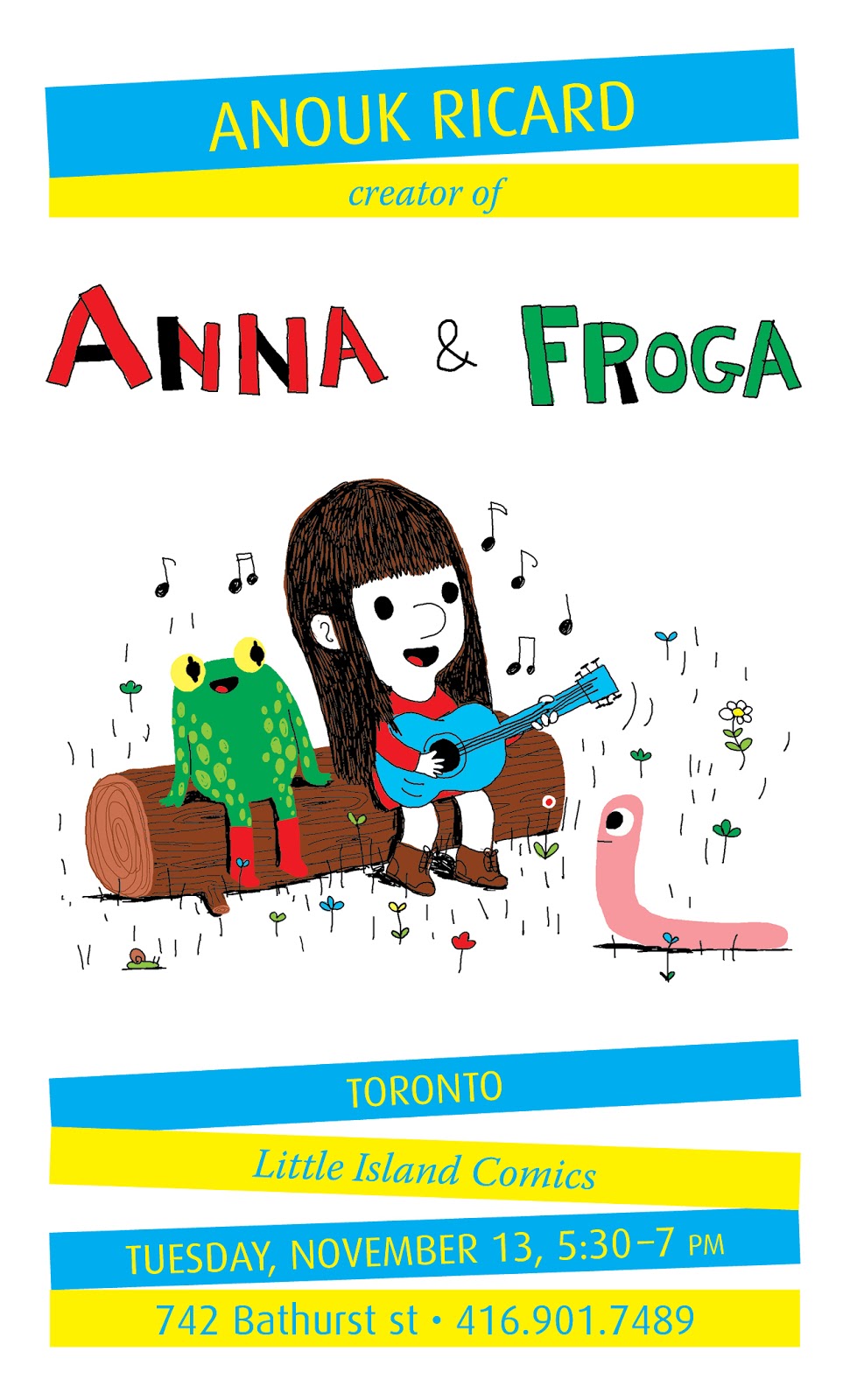 The Beguiling is proud to welcome the incredibly talented Anouk Ricard (Anna & Froga) to Toronto for the releases of her new graphic novel!

Anouk Ricard’s Anna & Froga caused quite the splash as a Free Comic Book Day release from Drawn & Quarterly this year, as the amazing all-ages tale of a girl and her animal friends taking the mundane and making it extraordinary puzzled many adults but instantly delighted children.  The Beguiling is delighted to announce that this French cartoonist will be making her way to Canada for her first ever North American tour, where she will be presenting from her work and discussing its creation for with an adult audience. It is quite likely that a children’s event will be added to this date, to occur at Little Island, in the next week or so.

This amazing and singular cartooning talent should not be missed, so we hope you aren’t too tired after a night of comics on the 12th to come back the next evening for a fantastic event!