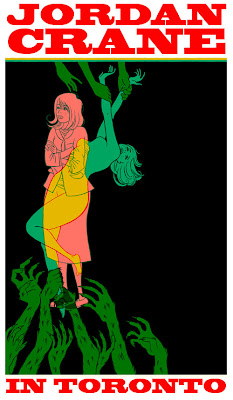 Looks like we are going to have to postpone our events with Jordan Crane.  We look forward to rescheduling as soon as possible. Thanks for your understanding.

Thursday, December 1st, @ 8PM
Clinton’s Tavern, Back Room, 693 Bloor Street
Free To Attend, Licensed
http://www.facebook.com/event.php?eid=254800321232402
Jordan Crane’s KEEP OUR SECRETS Kids-Book Launch!
Thurdsday December 1st, 5pm-6:30pm
Little Island Comics, 742 Bathurst Street
Free To Attend
Alternative and Indy comics legend Jordan Crane will make his first-ever appearance in Toronto on Thursday, December 1st, in two spectacular events for readers of all ages!
First up, Jordan Crane will head to Little Island Comics at 5pm to launch his brand new book KEEP OUR SECRETS, a fascinating picturebook written and illustrated by Crane, with a very special secret… rubbing your hands over the illustrations reveals additional illustrations and secrets! Super cool! Crane will read from the book and sign for kids and grown-ups.
Then at 8pm, join Jordan in the Clinton’s backroom as he presents from his full body of work in the fields of comics, illustration, and design. Jordan Crane will be interviewed on stage, and will be taking questions from the audience, with a signing will follow.
A full selection of Jordan’s work will be available for purchase at both events, and at Little Island Comics and The Beguiling in the weeks leading up to the event. 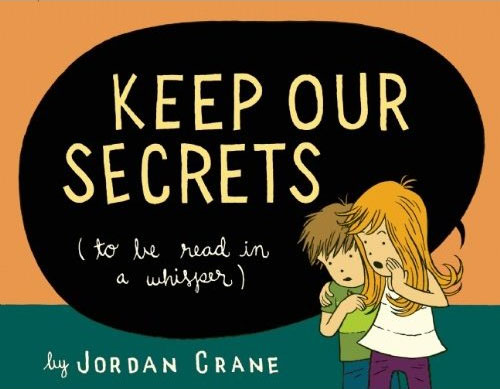 ABOUT:
Jordan Crane burst onto the cartooning scene with the release of the anthology NON in 1996. Drawing inspiration from Art Spiegelman’s legendary RAW magazine, NON featured early and debut work by a plethora of top-flight graphic novelists and illustrators. Crane has also completed the stand-alone graphic novels The Last Lonely Saturday and Col-Dee for adults, and the frenetic The Clouds Above aimed at children. His current comic series is the one-man anthology Uptight, which features several ongoing stories. He has also created illustrations and book designs for Penguin Classics’ edition of Dahl’s James and the Giant Peach, and McSweeney’s Publishing’s Maps and Legends by Michael Chabon, as well as the postcard collection Uptight All Night and the journal Now Apart But Together Soon for Chronicle Books.

Keep Our Secrets: Two young children tour their noisy house with fresh eyes, discovering along the way that all is not as it seems. Featuring heat-sensitive, color-changing ink on every page, this book contains dozens of delightful surprises. Among them: a giant dog slumbering in a piano, a wishing puddle full of dimes, a raccoon that is actually a robot, and a camera that is secretly made of cheese.