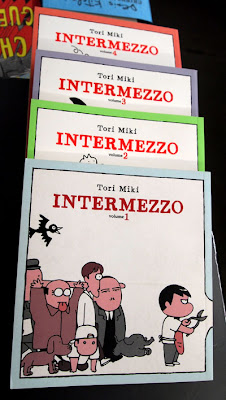 So I’m not sure if you’ll recall, but a few years back the good folks at Fantagraphics released a rather curious book called “Anywhere But Here”, but Tori Miki. It was a collection of wordless single-page comics, 9 panels a page, that were formally inventive, unique, and bemusingly, sometimes confoundingly funny.

His anonymous lead character would encounter a variety of strange interlopers, body parts would distend and extend, interactions would turn surreal, the characters would often escape their panels and start messing with the very nature of their reality!

It’s completely out of print.

Luckily, collections of wordless comics are occasionally published in other territories, by other publishers. We’ve managed to secure the last few sets of the French editions of “Anywhere But Here” (called “Intermezzo,” as shown to the right) by Tori Miki, and they’re now available for sale on both floors.

It’s also worth noting that the Fantagraphics edition was a ‘best of’ the first 2 volumes, and so even if you’ve got the first Fanta edition there’s plenty of new material for you to enjoy in volumes 1 and 2… not to mention 3 and 4. I really dig this series, and if you’re interested in formalist experimentation in comics, a fan of creators of Shintaro Kago, or you just like to laugh, give this series a go.

Here are a few strips I found online so you can get a sense of what I’m talking about: 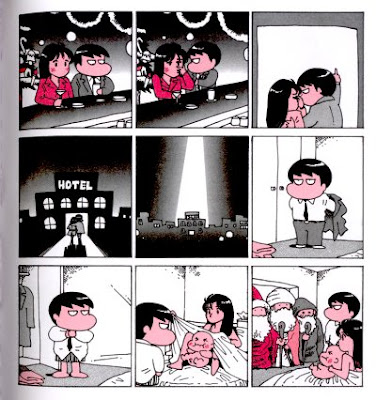 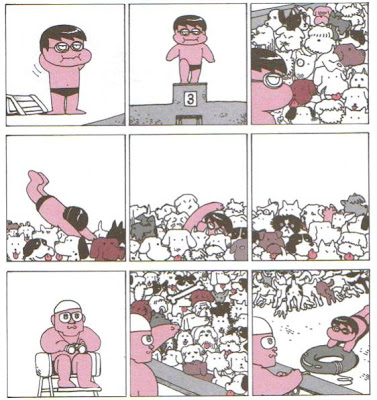