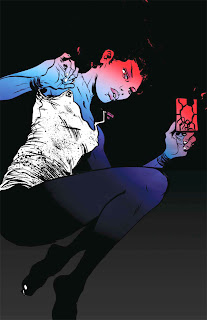 Sometimes we have lots of grand announcements and warning and promotion for new projects by our favourite cartoonists… and sometimes they just drop out of the sky like mana from heaven. Such is the case with the newest release from our good friend Paul Pope, who announced that THB: Comics From Mars #2 would debut at a convention a few weeks back… a day before the convention.

We shouldn’t have been too surprised I guess, he did the same thing with THB: Comics From Mars #1, and that was at or around TCAF… But still, caught by surprise we were. Luckily, the good folks at AdHouse hooked us up with copies of the new comic to sell, and they’re now in stock and ready for you to pick up. It’s a really fun issue too, a nice “Canadian” connection… heh. Anyway, it’s $5, available on both floors.
Preview panel: 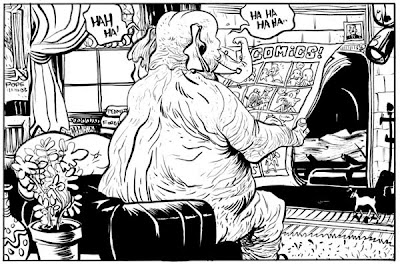