We’re pleased to announce a fantastic assortment of brand new books from the fine folks at TOPATOCO, publisher of great webcomics collections. And remember, we’re having the awesome official launch party for the Dinosaur Comics book tomorrow night…! 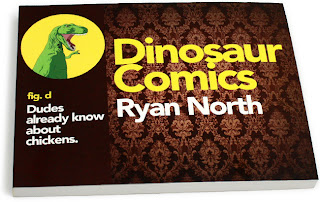 Dinosaur Comics: Dudes Already Know About Chickens, by Ryan North. $18.00
Finally, a Dinosaur Comics book, unabridged and in full colour, AND with all three secret texts for each comic included! And it’s so pretty, you guys. So pretty. Featuring an introduction by Randall Munroe of XKCD and an all-new index written by Ryan that includes, among other things, the 11 different types of makeouts referenced by T-Rex, this book is great. It gets greater: there’s also an interview with the author AND a photo of Michael “Worf” Dorn. You know that you’ve always wanted these extras collected in one book, maybe with hundreds of Dinosaur Comics in the book too. THAT DREAM HAS NOW COME TRUE, and it’s called “Dinosaur Comics: Dudes Already Know About Chickens”.

Questionable Content Volume One, by Jeph Jacques. $18.00
You’ve been asking for it for years, and now it’s finally a reality! The very first print collection of Questionable Content, that is. Not approval from your parents. Sorry. We can’t help with that. Unless they’re QC fans? Then…then you could buy them this book? ANYWAY WE ARE GETTING OFF TRACK. QC Volume 1 collects the first 300 strips in dazzling full color, with commentary on each strip, a bonus minicomic in the back, and MORE! 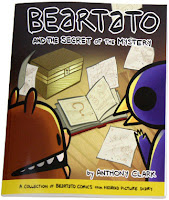 Beartato and the Secret of the Mystery Book, by Anthony Clark. $17.00
This collection of early Beartato comics features:Digitally Remastered Super-HD Graphics! Ultraphonic Stereo Surround Sound! Freshly-redrawn comics, illustrations, sketches, and the short story “Hey, Nickname!” previously available only in minicomic form. Plus, we were lying about the surround sound. Perfect for a gift or for keeping all to yourself! 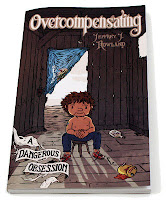 Overcompensating: A Dangerous Obsession, by Jeffrey Rowland. $14.00
Overcompensating is the almost 100% true journal comic of cowboy-poet/hacker/CEO/amateur electrician Jeffrey Rowland, who happens to harbor a seething disdain for reality. There is a person in it called Weedmaster P and a green cat that is maybe a zombie. This book contains an introduction by Andrew WK and over 17,000 words of brand-new commentary by the author! 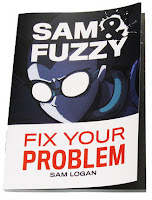 Sam and Fuzzy Book One, by Sam Logan. $18.00
Troubled by gangster rodents, lovesick vampire stalkers, or confused ninja assassins? Don’t panic! Sam and Fuzzy are here to help, and no problem is too weird. This 368-page monster collects the entirety of Sam and Fuzzy Fix Your Problem — the first chapter of a brand new epic! 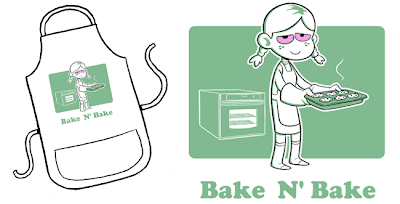 Bake-N-Bake Apron, by Meredith Gran. $16.00
This is not a book. It’s an apron, for people who make special brownies, special cookies, and special baked goods of all stripes. It’s basically the best last-minute gift for a certain someone on your list….