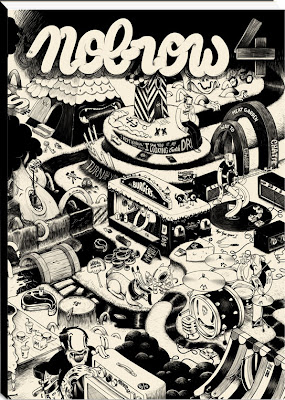 I know some folks have been waiting a little while to get these awesome new releases from Nobrow press in stock, and we’re happy they arrived late Friday evening! Here’s a quick run-down of what you can expect.

NOW IN STOCK FROM NOBROW PRESS:

Nobrow 4 $17 (plus a restock of 1-3)
The fourth exciting collection featuring a line-up of the world’s foremost illustration talent. Featuring original work from the likes of Nora Krug, Stefanie Schilling, McBess, Michael Kirkham, Sean Hudson, Jim Stoten, Jack Teagle, Tom Rowe and newcomers Till Hafenbrak, Ana Albero, Brecht Vandenbroucke. Nobrow magazine, more book than magazine, has fast become a standard for any art director or illustration aficionado, displaying previously unpublished exclusive work from the cream of the crop of the worldwide illustration scene. Printed in limited editions of 3000 copies, Nobrow magazine is not only a beautiful publication, but also a veritable collectors item 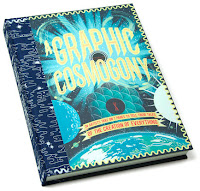 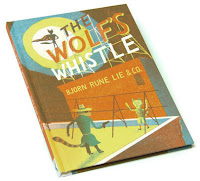 Wolf’s Whistle $20
Albert is a comic-creating, scrawny little wolf who spends his lunch breaks sharing tales of the ‘Lone Wolf’, his heroic graphic alter ego, to his group of misfit friends; dreaming of one day selling the story to the esteemed Wonder Comics. In reality, Albert and his friends did regularly make battle with an evil force, the Honeyroast brothers. The school’s alpha male sports jocks, the three bratty pigs, the sons of the local property magnate, will stop at nothing to torment their weaker classmates. The story resumes many years later when Albert is a mail room assistant at Wonder comics, living in a dingy one bed studio in Brooklyn where the Honeyroast brothers are now reigning as slumlords… A disarming and gorgeous children’s book / comic book, in hardback by Bjorn Rune Lie. 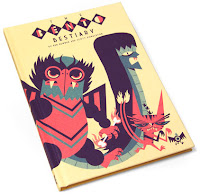 The Bento Bestiary $20
In the 18th Century, Japanese artist Toriyama Sekien attempted to depict each spirit of the ‘yokai’ tradition; an ancient race of demons whose descendants would later terrorise the earth under the guises of Godzilla, Mothra and Rodan. Now, two Bristolian men aim to rediscover the near-forgotten Yokai, and return these ancient beasts to their former glory, in the form of the Bento Bestiary. A gorgeous collection of sharp, mid-20th century design-influence illustrations coupled with enchanting text. By Ben Newman with S J Donaldson. 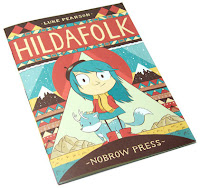 Hildafolk $13
Hilda is sitting in her tent at night listening to the rumble of the storm passing overhead when she hears a bell. As she hurtles towards the vanishing tinkling sound, Hilda unwittingly embarks on an adventure into strange worlds ruled by magical forces. Luke Pearson tells this exciting tale with his stunningly adept use of line and colour, demonstrating a grasp of graphic storytelling far past his years. Hildafolk is a stellar beginning to what is already a burgeoning UK comic talent. 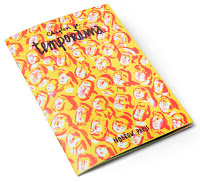 Temporama $13
Temporama takes place in a city where, like any concrete jungle, technology favours the privileged, and nature is quarantined like a virus. A silent picture story told during one night of primal urges and strange happenings, Temporama is a beautifully simple tale told in Clayton’s trademark bold graphic style.

We also received a healthy batch of books from Topatoco, including Dinosaur Comics, Questionable Content, Sam & Fuzzy, and much more! Look for a post on that tomorrow afternoon.