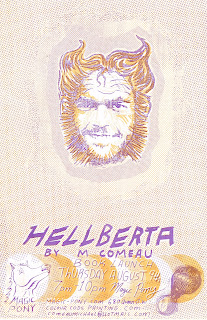 Hey folks! Our friends over at Magic Pony are hosting a signing and art exhibition for Michael Comeau’s HELLBERTA, the Doug Wright Award winning satire of Central Canada and a certain Canuckian Superhero. “In a pastiche of political satire and exploitation films, Comeau has created an insightful and hilarious exploration of the Canadian condition.”

Jeet Heer, of the Doug Wright Awards, described Hellberta as: “Many things — a pastiche of superhero comic, a political satire, a post-apocalyptic fable – all melded together to form a single nightmarish vision. Michael Comeau brings to this tradition an energetic line, a fertile imagination, and the courage to put his most outrageous ideas on paper.”

About Michael Comeau:
Michael Comeau is an award-winning print artist, activist, educator and entrepreneur whose art has lined Toronto streets for events like Vazaleen, Hump Day Bump, and Kung Fu Fridays for over 10 years.  Comeau has played many roles in the Canadian art community – as co-founder of the Penny Arcade Low Art Print Shoppe and Gallery in Kensington Market, the director for the Cut and Paste Zine Fair, publisher of the Regal Beast art anthologies and an active member of the Punch Clock Print Collective. He has been an advocate for the local community for public art in against Toronto’s attempt to ban postering. His recent activities include the The Imperial 6 exhibition at The MacLaren Art Centre, teaching at the AGO and as a primary contributor to the posthumous retrospective of Toronto artist Will Munro, entitled History, Glamour, Magic at the Art Gallery of York University. 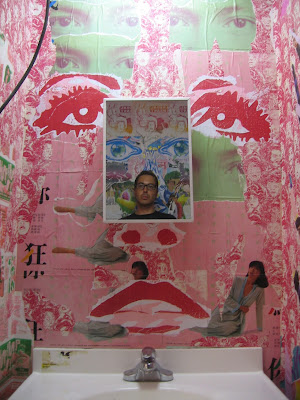 Official After Party: The Greasy Skeletons @ The Silver Dollar

The fun continues at the Silver Dollar with some kick ass garage rock from the Greasy Skeletons.