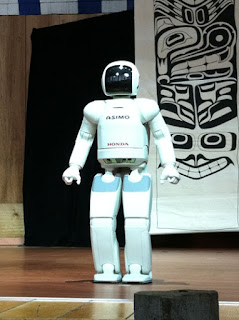 At The Beguiling, we’ve always got a lot of things going on–some of it out in the open and some of it quite behind-the-scenes. One of the long-gestating projects we’ve been involved with just became public last month, and we couldn’t be happier about it! The Canadian Museum of Civilization (just on the other side of the river from Ottawa) recently opened their new exhibit on Japan. It’s called Japan: Tradition. Innovation. and it’s a unique look at the Edo-period origins of contemporary Japanese technology and design. Focusing specifically on consumer goods–things that we interact with every day–the show breaks down 400 years of cultural innovation into five themes; travel, automation, social status, consumer culture, and entertainment. Comparing woodblock prints to manga, contemporary Japanese street-fashion with armour and traditional garb, robots to mechanized dolls–it’s all cool stuff.

The Beguiling was brought into the discussion about this exhibit nearly 3 years ago now, to discuss the role that anime and manga could play in the exhibit. We offered as much knowledge and opinion as we could, with both Peter and myself having visited Japan a number of times we had opinions on how comics fit into the culture–and how that could be reflected in a museum visit. I specifically helped acquire materials for the manga and anime collections of the exhibit, including first-edition manga, anime cels, and some cool ephermera, during my last visit to Tokyo in October/November 2010. 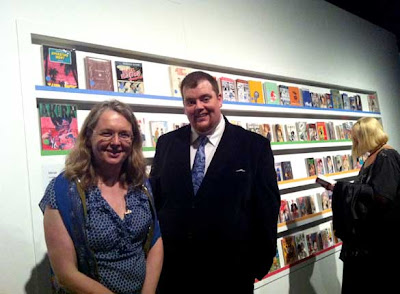 In addition, The Beguiling also ended up sponsoring the exhibit through the donation of hundreds of English and French-language manga, which are being used as a “reading room” for the exhibit. You can see myself and Claire Champ, Senior Interpretive Planner from the Museum in front of the massive structure. I really love the selection of manga we’d chosen–it’s like The Beguiling’s taste in good books, writ large across a giant white wall that hundreds of thousands of people are going to see over the next few months. We covered not only popular and contemporary series, but also classics, “art-oriented” works, and works that seek to explain certain Japanese customs, aspects of the culture, and traditions through manga. Oishinbo is as prominently displayed as Naruto, A Drifiting Life and The Rose of Versailles and Doraemon all getting equal face-time.

I’ve got quite a few more pictures of the exhibit and my attendance at the opening reception that I haven’t quite had time to post yet, but if you’re going to be headed in the direction of Ottawa this summer I strongly recommend you check out the exhibit.