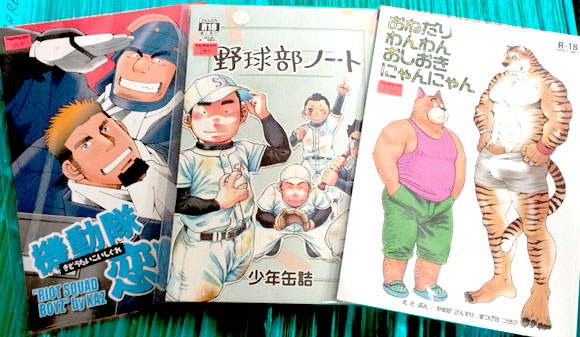 We’ve just received a huge shipment of new material from Japan, and boy, is it awesome! Included amongst all of the art books, doujinshi, manga, and other awesome stuff? Gay Doujinshi! In addition to all of the hot yaoi/BL doujinshi from Japan written by women and intended for a female audience, there’s gay doujin too! Original stories, parody stories, and much more. Check it out! In the Misc. Gay Comics bin on the second floor.