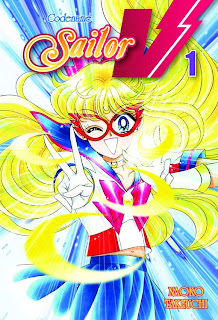 Sailor Moon, 90s anime and manga heroine to girls and boys alike has made her triumphant return to comics this week! After nearly 10 years of the Sailor Moon manga being out of print and unavailable in North America, these gorgeous new editions have been released from Kodansha Comics in a format that mirrors the Japanese release.

Sailor Moon Volume 1 is a completely remastered edition of the manga series, featuring larger reproductions of the art printed from the Japanese files making the book really high-quality! This new version also features a brand new authentic translation, additional art, new covers, and much more! In addition, for the first time ever, Kodansha will also be publishing the prequel to Sailor Moon–Sailor V! Actually just Sailor Venus in disguise, Sailor Moon is another great, fun series from creator Naoko Takeuchi.

Fan Favourites are comics with huge followings–high degrees of craft and high appeal meet in the sort of comic that brings lapsed comics fans back into the fold, and tons of new faces through the door. We think that these comics might just be for you!