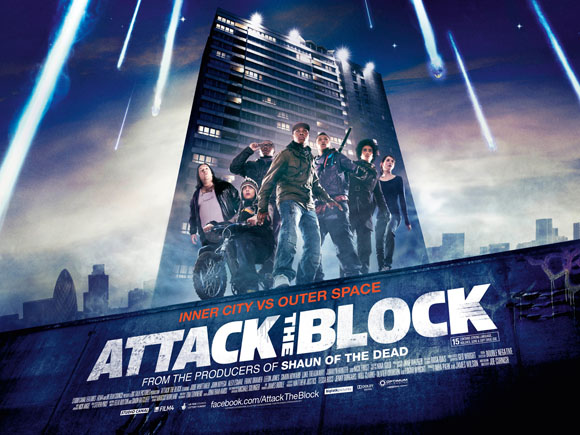 We’ve got a special treat for you. We’re having a nontest–it’s like a contest, but you don’t need to do anything except show up.

We’ve got at least 20 single passes to see ATTACK THE BLOCK, the brand new movie starring Nick Frost and from the producers of Shaun of the Dead. Aliens invade inner-city London, it is funny and poignant and sends up and affectionately toasts alien invasion movies, and it’s gonna be awesome. The screening is Thursday, June 23rd, 2011 at 7PM at Yonge & Eg.

To ‘win’ the passes: COME TO THE BEGUILING and say “HEY HAVE YOU GOT ATTACK THE BLOCK PASSES?” First come, first served, limit of two per person. While supplies last.

Please do not call the store and ask if there are still passes available. When we run out we’ll mention it on the site here, promise.

This is looking like a grrrrreat film. Check out the trailer: