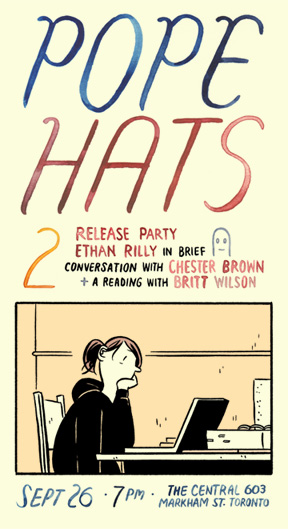 Come celebrate the release of POPE HATS #2, published by AdHouse Books. Author Ethan Rilly will be accompanied on stage by legendary cartoonist Chester Brown to discuss the comic. Plus a reading with artist Britt Wilson! Advance copies will be available for sale at the event.

Pope Hats #2 follows the rise of young law clerk Frances Scarland. Frances must survive an unwanted promotion at one of Toronto’s major Bay Street firms, while tending to the regular wake of destruction left behind by her best friend. This eagerly anticipated issue follows what Seth described as “the most impressive debut comic I’ve seen in years” with a surreal exploration of growth and failure in downtown Toronto. Also included is a short story about a long distance relationship. 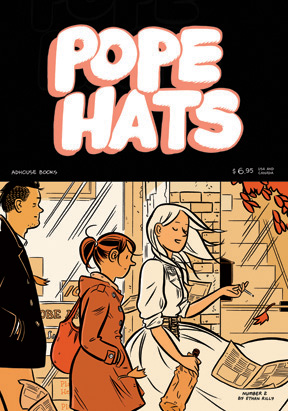